Today Katy Perry’s movie “Part of Me” hits theaters nationwide. The film follows Katy on her tour across the world, as she performs songs from the album that boasts a record 5 number one hits (tying the King of Pop Michael Jackson for most all time). 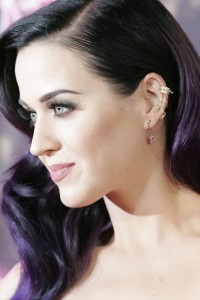 I haven’t seen the film, but I was struck by the trailer that I saw before watching Madagascar 3 (parenting changes movie selections). The opening lines to the trailer were as follows..

Katy: “The atmosphere that I grew up in was completely, one hundred percent Christian”

Friend: “Katy got her first guitar through the church.”

“How do you find your voice, When you’re not allowed to sing your song?”

Over the last few weeks I have made an effort to watch the various interviews and television appearances with Katy. They confirmed what I suspected after watching the trailer.

A central part of the Katy Perry narrative that is marketed and sold to millions is that Christianity stifled her creativity, talent, and true calling. It could not allow her to “find her voice.”

Whether on Jimmy Kimmel or Nightline, Katy regularly brings up her conservative Christian upbringing, with examples like how she was only allowed to eat “angel eggs” (not deviled ones).

It is sad that this “Christianity-held-me-down” message is the one that promotes Katy, but at the end of the day it sells. It is unfortunate that millions of young people, including many raised in church as she was, will watch and see that for their hero, Christianity was restricting, rather than empowering.

During a recent interview (Kimmel I believe), Perry revealed that she was not allowed to listen to any secular music as a kid. Nada. Zilch. Not even a little.

It would seem that as a young girl singing in the church, she was not given a whole lot of career options outside the Christian music world.

This is all pure speculation, but I can’t help but wonder where Perry would be today if she wasn’t raised with such rigid and narrow limitations in terms of music.

Would she be singing the same songs today had she been given freedom and vision to create music that wasn’t solely “Christian” in genre?

Would she be creating music more aligned with truth, beauty, and goodness if she didn’t just hear “NO” in regards to secular music as a kid?

As I’ve listened to her share about her family and their faith, it’s clear she’s not wanting to declare war against Christianity.  However, it is also obvious that she is not convinced it’s the way to live the most full life either.

I pray for Katy Perry, and I hope you do too. I pray she comes to a different understanding of Christianity, and more importantly that she would have a deeper experience with Jesus himself.

Do you think there is a direct connection between Perry’s music today and her rigid upbringing?