Much of the Christian world today has adopted the belief that if you really want to make a difference for God’s Kingdom, then you need to work in full-time ministry. I’ve had so many conversations with young men or women who want to go work for a church or para-church organization so they can honor God with their work.

The idea that you love God more when you work in full-time ministry is simply not true. Just to clarify – there is nothing wrong about full-time ministry and we need people taking on that challenge. But we also desperately need Godly men and women working in the corporate world, the government, the arts, education, and beyond. 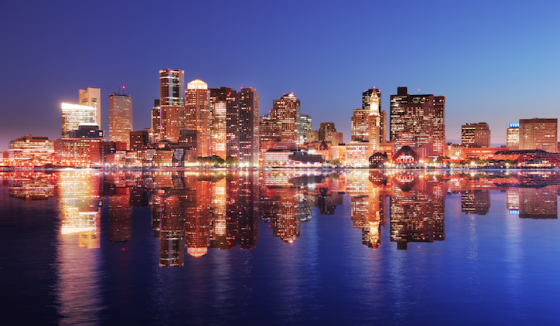 If you don’t believe me, let’s take a look at the Bible. There are many people throughout the Scripture who were not in full-time ministry and yet, they did amazing things for God and his people through their work. Here are a few examples:

God called Abraham away from his home into a new land, and Abraham went. He was nothing more than a roaming farmer (although a rather successful one). He listened to the Lord and grew in righteousness, and God blessed Abraham by making him the father of Israel and establishing His covenant with him. You can read more of Abraham’s story starting in Genesis 12.

Joseph was an honest guy who was sold into slavery by his brothers. While in Egypt, he rose from slave to the second most powerful man in the greatest empire on Earth at the time. As a slave, he worked with honor and earned respect from his owner. As second-in-command, he used his skills and love for the Lord to govern Egypt well, turning an oncoming famine into an economic opportunity. He also saved his family (and therefore the nation of Israel) from the famine, forgiving his brothers and welcoming them into his home. Joseph proved that you can honor God with your work, both as a lowly slave and as a powerful leader. Joseph’s story begins in Genesis 37 and carries on through the rest of the book.

When the people first approached the Promised Land, Joshua was one of two men who trusted God and wanted to invade. 40 years later, when the people actually did take hold of the land, Joshua led them. His military leadership was only matched by his love for the Lord. He was strong and courageous, and trusted God completely. He also led the people towards God, saying “choose this day whom you will serve. But as for me and my house, we will serve the Lord.” Read about his story in the book of Joshua (with chapter 1 and 23-24 being some personal favorites).

Deborah was a judge and prophetess who led Israel well. The people came to her for guidance and decisions. While Judges describes the flaws of most of the leaders, it gives none for Deborah. She pointed the people towards God and helped rescue them from the Canaanites. Read Deborah’s story in Judges 4-5.

Nehemiah is one of my favorite leaders of all time. He was a cupbearer for the King of Persia who united the people of Israel to rebuild the walls of Jerusalem. He guided people with justice and service, spending countless hours getting his hands dirty to help finish building. His greatest project was a construction job, and he gave the people of Israel a cultural center and identity once more. Nehemiah’s story can be found in the book of Nehemiah.

Ruth’s story is a remarkably humble one, full of normal people showing extraordinary kindness. Ruth was a widow who, instead of returning to her own family where she would be cared for, resolved not to leave her mother-in-law alone. She later met Boaz (a landowner) who also showed kindness. Ruth and Boaz eventually got married, and had a great grandson named David (who would become King). Read her full story in the book of Ruth.

Although Paul started his career as a Pharisee, after he encountered Jesus he became a tent-maker. Granted, the tent-maker planted churches and wrote half the New Testament in his spare time, but much of his living actually came from making tents. This is a great reminder and proof that, even if your full-time job and salary comes from something like tent-making, you can still invest significant time and energy into making disciples and teaching the Gospel to those around you. Read Paul’s story, starting in Acts 9.

This might be cheating, because Jesus does fulfill the role of priest. Remember, however, that he was a carpenter for years before beginning his ministry. If I were writing the story, I would have started him out as a prince or a priest in training who then goes on to great reformation and spiritual things (kind of like Martin Luther). But instead, Jesus worked alongside his father as a carpenter. And we can be sure that he worked that job with integrity and selflessness, seeking to joyfully serve others through the things he built. His story is told in all four Gospels.

This list could go on to include people like Isaac and Jacob, David and Jonathan, Esther and Mordecai, Joseph and Mary, the Roman Centurion, Lydia, Tabitha, Simeon, and so on.

Again, I’m not saying it is wrong to go into full-time ministry. We clearly need people working in churches and para-church organizations! But we also need Godly people working in the secular world. If no one is there representing Christ, then the world will miss out on the Full Life.

So don’t make the mistake of believing you need to work in full-time ministry to make a difference or to be extra holy. Start making a difference today in whatever vocation God has placed you in. As we can see from the people above, God can and will use you if you work with integrity and for His glory.

This post was by Evan, an adventure enthusiast learning to #LiveFully in New Zealand. He now writes for Embracing Exile.
Loading Comments...