Over the last couple years, various stories have popped up about social media and the false reality it portrays. People share the highlights of their life, and nothing more. Not surprisingly, this can have a negative effect. One study actually showed that facebook makes people sadder because we begin to feel isolated and compare our “boring” lives to the exciting lives of others on social media.

There are a couple interesting responses to this phenomenon. One young woman in the Netherlands recently faked an entire 5 week trip to SouthEast Asia. She never left town, she simply redecorated her apartment a few times for skype calls, took advantage of photoshop, and posted everything to social media. She explained her actions, “I did this to show people that we filter and manipulate what we show on social media, and that we create an online world which reality can no longer meet.”

Another viral video dramatized facebook depression rather well in June. It depicts a man going through a rough time. While looking at people’s beach photos, however; he decides to put a positive spin on everything. For instance, when he gets fired his facebook post says, “finally quit my dead-end job!”

Since people are getting sadder, some are arguing that we shouldn’t present highlight reels of our lives. For me, this is problematic for two reasons:

1) I do think we should be more honest on social media, but still, there are plenty of things I don’t want to share with the world. “Clogged the toilet again” probably doesn’t belong on my facebook wall.

2) I can’t control what other people put on social media. I can only control my response.

One of the earliest effects of the curse of sin was comparison. After comparing himself to Abel, Cain actually kills his brother because of jealousy. As was demonstrated with the articles above, this is very problematic on social media. Steven Furtick explains the problem, “The reason we struggle with insecurity is because we compare our behind-the-scenes with everyone else’s highlight reel.” 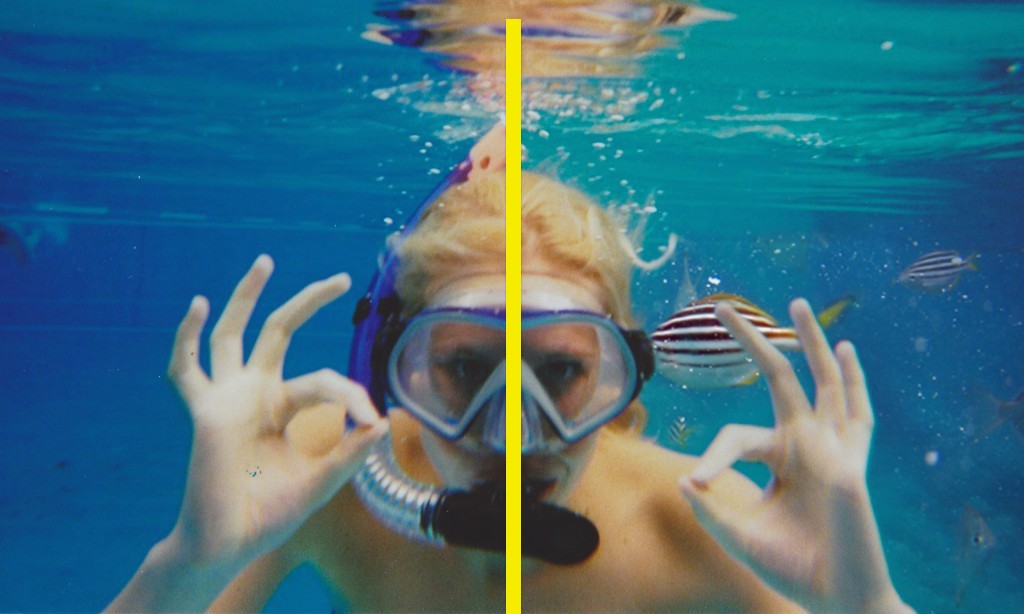 Instead of comparing yourself to others, focus on what God thinks of you. Tim Keller puts it this way, “We are more wicked than we ever dared believe, but more loved and accepted in Christ than we ever dared hope.” Comparisons to other people cannot benefit you, but God’s love can save you, give you value, and change everything.

I should probably be more sympathetic, but I don’t understand people who sit at home on their computer all day and then become jealous about other people’s lives. Your problem is that you’re sitting at home on facebook! If you want to have a life of adventure or romance or fun, you will never find it online. You actually need to step out of your comfort zone and out your front door.

We all have dreams, some harder to achieve than others. We all have obstacles to those dreams, some greater than others. I get that – not everyone can travel the world or even run through the park. But our dreams are often more achievable than we think, and our biggest obstacles are often self doubt. 5 years ago I would have said, “it’s impossible to move to New Zealand.” And yet, here I am.

Perhaps I was lucky – our move could have been a disaster. But if I hadn’t tried, I would never know. You won’t strike gold every time, but the more you try to succeed at something great, the stronger your chance of success. So get out, and get busy living.

Instead of comparing yourself and feeling bad when you look at someone else’s photos and status updates, why not be inspired? If your friend on social media can live their dream, then you can too. So go for it!

Research indicates we are the most connected generation of all time, but also the loneliest. Why? Because we aren’t building true connections. Social media attention is short, we comment and move on without a sound. We need to hear people’s voices, we need to experience people’s touch, and we need to share the good and the bad.

When you spend actual time with people, you learn about their triumphs and their sorrows, their joys and their struggles. We NEED to share our struggles with others – it is freeing and helps us realize we’re not alone. This requires vulnerability and relationships with people in your life who care and will share in the challenges we have.

We often wait for other people to come into our lives and initiate relationships, but we shouldn’t. Start making the effort, go after people and build a true connection. Invite them over for dinner, host a game night, meet up for coffee, listen. Whatever you choose, just remember that social media can never replace authentic relationships.

5) Remember where true satisfaction comes from

Jeremiah 2:13 says, “for my people have committed two evils:
they have forsaken me, the fountain of living waters,
and hewed out cisterns for themselves, broken cisterns that can hold no water.“

This is ultimately at the root of our problem. God is the fountain of living waters – He is our true satisfaction. We should run and rest in Him. When we look at social media and become jealous of another person’s life, we’re actually believing their “adventures” are more satisfying than God. We think, “if I had what they had, then I’d be content.” The truth is, those things will never bring us the full life, only God can.

The world of social media is a broken cistern. Don’t let it depress you or make you sad, but run to God. Jesus came that you might have life, and have it to the full. Believe that, and be satisfied.

The moral of the story is this: if facebook is making you depressed, then spend less time on it. Instead, spend that time seeking the Lord, building relationships with people, and get busy living.

*I’m no psychiatrist, and I’m not even a counselor. If you’re experiencing true depression (as opposed to facebook jealousy), I won’t pretend it’s an easy fix. Meet with a counselor, tell family and friends, and know you aren’t alone. There is help!