How you should to react to Miley Cyrus

As pretty much everyone knows, Miley Cyrus performed at the VMA’s on Sunday. The performance was, well, rather interesting. I won’t post it here, because you’ve probably already seen it and frankly it’s just gross.

I know you’ve probably read a million things about her performance, but after a few days of thought I want to discuss something I haven’t really seen mentioned yet:

Her performance was strategic

Make no mistake, this was a strategic move on the part of Cyrus and her PR people. This was not the result of a single night of booze or drugs (although they might have given her an extra bit of motivation), this was modern day marketing at it’s finest.

Ryan Holliday discusses this openly in his book, Trust Me, I’m Lying

. This man was responsible for promoting the book and the film, I Hope They Serve Beer in Hell. His primary goal in promotion? Offend people.

Or, if he couldn’t offend people, then he would create the controversy himself. He did this by writing graffiti on the most prominent billboard in L.A. about how the star of the book/film, Tucker Max, was a horrible person. He also phoned a woman’s rights group and explained how sexist the main character was. This motivated them to stage a public protest.

Why did he do those things? Because “the most powerful predictor of virality is how much anger [it] evokes.”

Controversy spreads like wildfire on the internet. If something offends you or grosses you out, then you are more likely to share it then something that brings you hope or laughter. Holliday used these tactics to promote some of the biggest brands in the world, and now the artist formerly known as Hannah Montana is doing the same. 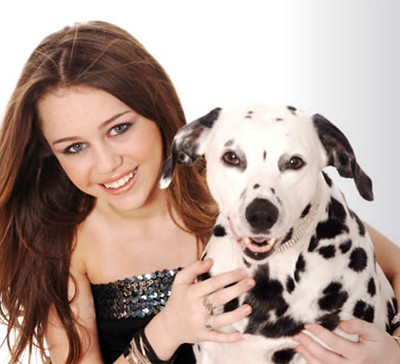 Miley Cyrus knows this, and her act was not a failure. It did exactly what it was supposed to. Her name has been brought up more than any other famous person in the world this week. Her new single, “Wrecking Ball,” is number 2 on the iTunes charts.

Does it demonstrate a desperate need for attention and relevance? Of course. Is she clearly misguided? Yes. Is their a moral justification for her actions? Nope. But from an economic perspective, it worked brilliantly. Not just for Miley, but also for the media.

The more traffic Buzzfeed receives, the more money they make. They know offensive material spreads the most, that is what they create new offensive content so often. In fact, Seven out of the top ten “hot on buzzfeed” stories are about Miley.  Newspapers have followed a similar formula for years, sharing stories of sex and violence because those topics sell more copies.

How you should react

Posting photos, sharing buzzfeeds about her performance, and talking about how ridiculous the video is on youtube is exactly what she wants.

And frankly, it is sad that she is so desperate for attention that she’ll pull a stunt like this. But I find it very frustrating that our culture actually encourages her behavior by making it go so incredibly viral.

I can think of three really good ways to react:

1) Pray for Miley. While it may seem fun to make memes that degrade her, she is actually a human being who needs prayer. She is obviously confused about what will bring her a full life, and she’s also mislead about how to prove to people you’re a grown up.

2) Ignore her actions: The other thing you need to do for Miley, and anyone else in the future who pulls an offensive stunt in public, is ignore her performance. Don’t share it, don’t give it a thumbs up, and don’t even bash her.

3) Share something positive instead: Don’t just ignore the negative things, promote the positives! While laughter and hope do not go as viral as anger, they can spread well. And if enough of us start sharing positive things, then maybe news agencies and media blogs will stop talking so much about celebrity decision making failures.

I know that by posting a blog post about Miley Cyrus I’m doing the very thing I’m arguing against. I also know that I’m just one guy and this post probably won’t make a whole lot of difference. But, I believe even a small step in the right direction is worth taking. So from now on I’m going to do my best to promote things that inspire people and bring hope and ignore the things that bring us down.

I hope you’ll join me.

*This post was written by #LiveFully contributor Evan Forester, you can read more of his writing on Adventure’s Out There.