Should Christians watch 50 Shades of Grey?

The first movie trailer for 50 Shades of Grey was released last week. It has already received over 20 million views on youtube. It’s no surprise, the books were extremely successful and have sold over 60 million copies. The trilogy is a sensation. At #LiveFully we want to constantly engage with culture, but I think we need to ask ourselves, should Christians watch 50 Shades of Grey? 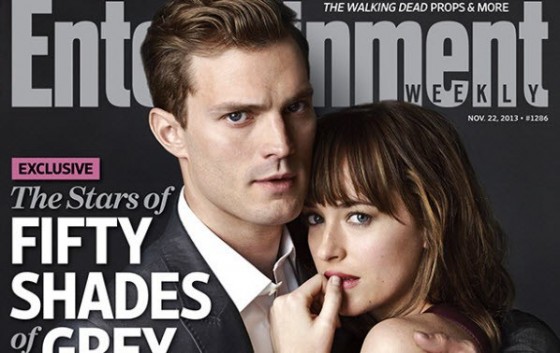 From that description, I think the answer is pretty clear: Christians should not read or watch 50 Shades of Grey.

If you need more convincing, I’ve got 5 reasons you shouldn’t watch (or read) 50 Shades of Grey. One of our convictions is that followers of Jesus should be most recognized for what they contribute to the world instead of what they are against in the world. I don’t want to just rant about why you shouldn’t engage with 50 Shades of Grey (or any entertainment that contains lots of sexually explicit content), but I’ll also offer the #LiveFully biblical alternative.

Do you know how Hollywood determines what movies they’ll make? It’s not about art – it’s about money. Every time you watch a youtube video, buy a ticket, or rent a dvd you cast a vote for a particular type of movie. If 50 Shades of Grey rakes in a ton of cash, you can be sure that Hollywood will start to pump out more films just like it. If, however, it flops or has mediocre results, then they won’t even make the sequel.

This is actually quite empowering, you can influence the types of films that are being made. By choosing to watch uplifting films (these could be purely Christian movies like God’s not Dead, but also positive movies like How to Train Your Dragon or Captain America) you are telling Hollywood, “I want more positive movies and less explicit ones.” In all seriousness, the evidence proves this actually works. So don’t support 50 Shades of Grey, choose instead to support films that are both high quality and promote values that will help our culture #LiveFully.

2) Sex should be awesome

Culture looks at a Christian speaking negatively about 50 Shades of Grey and assumes it is because we’re just “prudes” who don’t want to talk about sex. Scripture, however, has a lot to say about sex, and it’s clear that it should be AWESOME. There is an entire book of the Bible, Song of Solomon, that focuses on the pleasure and benefits of a healthy sexual relationship.

So when I say we should avoid things like 50 Shades of Grey it’s not because I’m against sex. I love sex. I’m just vehemently against 50 Shades of Grey type of sex that is about controlling and hurting people. When we fill our hearts and minds with twisted messages about sex, it isn’t going to improve our sex lives, but make them worse. I’d rather that not happen.

Any book that features a woman desperate to earn the love of a man that wants to put her in bondage is a problem. Women are made in the image of God and should be served and cared for, not controlled and dominated. 50 Shades of Grey demeans women, so please don’t support it. Choose instead to love, support, and encourage the women in your life. Choose to watch and read stories that show women being smart, capable, and making a difference.

Not only does 50 Shades of Grey demean women, but it also demeans men. I’m sorry, but I don’t want to see men being depicted as nothing more than creatures obsessed with sex and power. Men are also made in the image of God, and we should we should encourage the men in our lives and support stories that inspire them to live more like Christ.

5) Stories should be better

My limited research has led me to conclude that 50 Shades of Grey is poorly written. The Time Magazine article quotes the book and then has some brilliant commentary:

“Did you give him our address?”
“No, but stalking is one of his specialties,” I muse matter-of-factly.
Kate’s brow knits further.

That’s right: This is the kind of a book where, instead of saying things, characters muse them, and they are somehow able to muse them matter-of-factly. And these matter-of-fact musings cause other characters’ brows—which of course were already knitted—to knit still further. The book is over five hundred pages long and the whole thing is written like that. If Jane Austen (another bestselling female British author) came back to life and read this book, she would kill herself.

There is a funny moment in Seinfeld where Jerry complains to a priest about a friend who converted to Judaism so he could make Jewish jokes. The priest asks him, “and this offends you as a Jewish person?” Jerry responds by saying, “no, it offends me as a comedian.”

50 Shades of Grey should offend you for it’s sexually explicit content. But it should also offend you because as an artist. The story is a joke, and anyone who has ever attempted to write something or create a short film should be angry that this story gets to see the light of day.

If you try hard enough, you can create some justifications for watching this movie or reading the book. Ultimately, however, I hope you choose to avoid it. Cast your vote and support quality films that are both works of art and contain uplifting messages. Don’t settle for stories that demean sex, men, and women. Instead, seek after Jesus, encourage others to do the same, and embrace the full life he offers.

2 responses to Should Christians watch 50 Shades of Grey?