Sports, Scandals, and the Search for Full Life

I always dreamed of being a professional athlete as a kid. It seemed like they had it all! They played for a job, made an absurd amount of money, had a really nice break for offseason, and travelled for free. If we’re honest, most of us look at professional athletes and think they have a truly full life. 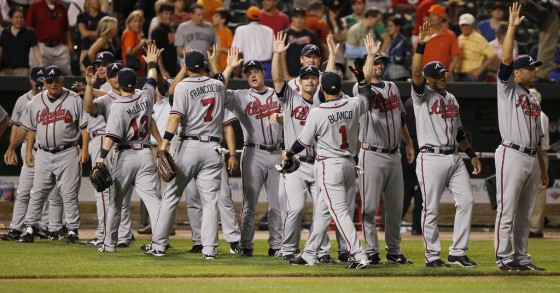 This week, however, we’ve seen that this is not always the case. For every Tim Tebow, Jeremy Lin, and Bubba Watson, it seems like there is an exponentially larger number of scandals amongst other athletes and coaches.

This week alone has seen its fare share of problems. Ozzie Guillen has, once again, gotten himself in trouble because of his mouth. The New Orleans Saints have been caught in the most explosive scandal the NFL has seen in years. Maybe ever.”

I want to focus briefly on Bobby Petrino, former head coach of the Arkansas Razorbacks. They finished 5th in the country last year in college football and were poised to have another great season.

Is this the Full Life?

But now Petrino is fired for the following reasons: He got in a motorcycle accident with a 25 year old girl. Later we find that Petrino was having an affair with this girl, had given her a job (in no small part dueto the affair), and had been lying to his boss about it for weeks.

How does this happen?!?!

People, who seemingly have everything going for them, throw it all away. It has happened for years (Tiger Woods, Darryl Strawberry, the 1919 Chicago White Sox), but still no one seems to learn that sex, drugs, and money cannot satisfy you.

In fact, when we live for those things, they ruin our lives.

Many people reject the Bible because they do not want to have a boring and no fun life. And yet, we constantly see people losing any hints of fulfillment they had in life because they refuse to live a Biblical lifestyle.

So, a couple questions we want to hear your thoughts on:

1) Is a Biblical life really more fulfilling, even more fun, than a non-Biblical life? Why?

2) Why do you think people keep making the same mistakes?

3) What areas of your life need to change so that they can be more fulfilling?