Last year I read a simple, interesting book called “How Full is Your Bucket.”

I didn’t realize it at the time, but the book was extremely influential on me. Even now, rarely does a week go by where I do not think of the book’s simple message and see how helpful it is in living the full life. 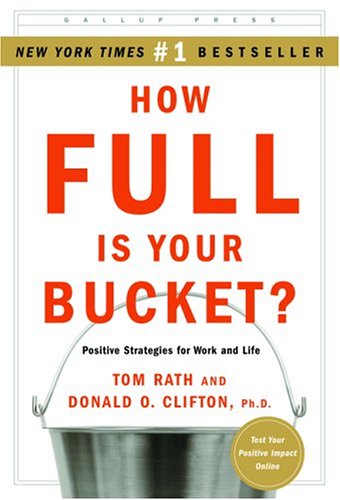 ). Everybody has an imaginary “bucket” and “ladle.” When you say something encouraging or positive to another person, you fill their bucket. Most of us realize this, but we fail to notice that filling another person’s bucket also fills our own bucket.

Conversely, when we say something degrading or negative to another person, we dip out of their bucket. Again, when we dip out of someone’s bucket, we also dip out of our own bucket. It’s ironic, because most people who say condescending things are trying to feel better about themselves, but ultimately it makes them feel worse.