“The New Normal” on T.V. and in Church

Last night was the sneak peak of the new NBC sitcom “The New Normal,” and tonight will be the premier. Created by the same makers of Glee, this show portrays a relationally diverse family setting, with different generations, personalities, and sexual orientations. 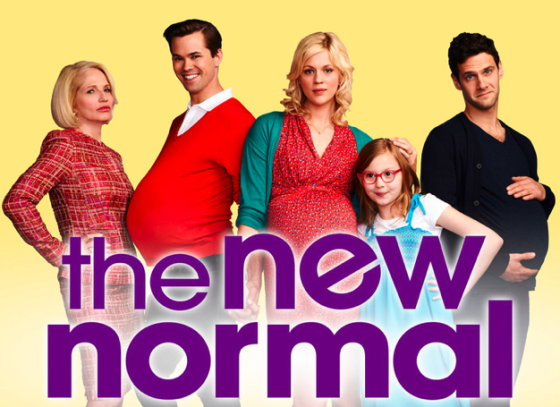 I watched the sneak peak, where  “abnormal is the new normal” and “normal is starting over.”

The title is bold, and over the fall the series will certainly attempt to shape and define what constitutes “normal” in the family unit today.  Personally I don’t think T.V. is the best place to look for that, but regardless this show will influence people’s perspectives with a level of  impact soon to be determined.

We live in a pop culture that frowns upon anything that resembles an absolute truth claim.  It’s mantra might sound something like – “You can have your own opinion just don’t think it’s right or wrong for anyone other than yourself.” Even so, pop culture is often guilty of the very thing it condemns – pushing a specific agenda with absolute claims.  It might not be explicit, but it is implied all the time.

The title “The New Normal” is a great example.  It’s not called “The New Morality,” but the creators behind it will definitely be indicating what they believe should be considered standard and customary. We shouldn’t be naive to this.

This sitcom beckons lots of different discussions, homosexuality and adoption just to name a few. These issues are larger than what can be discussed in the last 200 words of a 400 word blog post.  However, I do think there is a new normal to discuss for the Christian community in pop culture…

The research of book “UnChristian” by David Kinnaman and Gabe Lyons  revealed that the number #1 adjective chosen by 16-29 year old Americans to describe Christians is “antihomosexual” (91%), followed closely by “judgmental” (87%).

For Anti-“anything” to be the first word used to describe Christians is fundamentally wrong. Jesus commands his followers to “let your good deeds shine out for all to see, so that everyone will praise your heavenly Father.” (Matthew 5:16) Everyone!

The juxtaposition of this command and the “UnChristian” statistic should be a powerful reminder why Christians need a new normal in the public sphere. The place to start is acknowledging that every person on the planet is made in the image of God and equally in need of Jesus’ redemption. It moves to living out good deeds motivated by the Good News of God’s Word and empowered by His very Spirit.

As a pastor to passionate students and young adults, I’m optimistic that more and more Christians are letting their lives shine for God in every area of life.  I’d even go further to say that many are changing how Christians are perceived for the better. #LiveFully

How can you redefine Christian normal?