Why the Bachelorette Gets it Half Right

Literally millions around the world will watch tonight as ABC’s The Bachelorette continues, just one week from the finale.  I will shamelessly be watching as well. 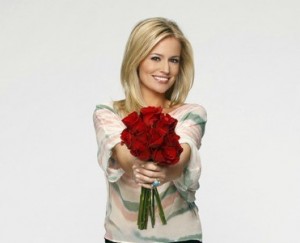 Like rats in a cage, the Bachelorette is analogous to a great sociological experiment. As outsiders peeking in, we observe what the human heart is capable of when thrown into the most romantic settings in the world.

I am not naïve to the fact that this “experiment” is highly controlled by the “scientists” of popular T.V.  I’m sure many (or most?) scenes are produced, and there’s probably even paid actors within the group to create more drama. Yet we come back for more.

The main reason is that we’re drawn to the notion of fairytale romance. Deep in our hearts, even in a country where nearly half of marriages end in divorce, we want to believe in perfect love stories.

The reason I titled this post “Why the Bachelorette Gets it Half Right” is because unlike many, I believe there’s some validity to the “love” the show portrays.  Even in a few short weeks, I do not doubt the feelings Emily develops for particular guys (and vice versa).  More broadly, I believe the human heart can “fall in love,” experiencing intense romantic feelings and emotions for another.

It is said that in eastern cultures (where arranged marriage is common), “you love the one you marry.” The emphasis is that marriage is about a choice and commitment to your spouse, with or without some kind of emotional connection (or even without initially knowing them).

In western culture, like here in America, it is said, “you marry the one you love.” It’s about finding that one perfect person, your “missing puzzle piece.” Marriage comes only after having a romantic relationship.

What would it look like to embrace a combination of both eastern and western perspectives in regards to marriage?

Before marriage, what would it look like to be open to another coming into your life and truly sweeping you off your feet?  Or at the very least, believing there’s someone out there that you can develop strong emotional feelings for that are special, distinct, even Disney-esque.

Yet, this initial “falling in love” and eventual talk of marriage need not occur apart from the eastern perspective, which declares “I will love the one I marry, no matter what.”  It is a life of commitment and personal sacrifice, whether you’re feeling it or not.