Addicted To What’s Next? 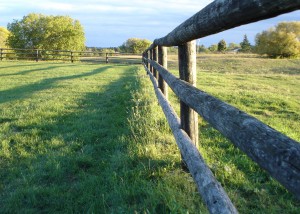 In the last few months, one thing has become painfully clear: I’m addicted to what’s next.

The next big break professionally, the next house to buy, the next city to live in, the next group of people to get to know. Or in more shallow ways, the next “like” on Facebook, the next email, or the next retweet on Twitter.

This addiction to what’s next is apparent in my marriage. Erin and I have noticed that the majority of our conversations are focused on the future, as we constantly discuss what opportunities may be just around the corner.

But recently we’ve been asking, “Is this the best way to live?” And perhaps the harder question: “Deep down, are we perpetually discontent?”

Before going on, I want to state that there is a healthy way to live with a future orientation. There’s something powerful about living with an optimistic, even imaginative view of what lies ahead. From a faith perspective, this is certainly the hope of Christianity, that despite all of life’s difficulties, followers of Jesus are headed towards an age when God will make everything new (Revelation 21:5).

So I’m not saying it’s wrong to think about the future. In fact, I’d contend that having a biblical image of the future is central to living the full life that Christ offers his followers.

However, there’s a very thin line between having a future hope and being addicted to what’s next. And given our present reality, with the constant connectivity of social media and smart phones, I’d suggest many of us find ourselves on the wrong side of that thin line.

Whether big things or small, there’s never enough. It could be money, approval, opportunity, or likes on Instagram. The hunger for what’s next keeps us from being deeply grateful for what we’ve experienced in the present.

A few weeks ago, a woman emailed me asking the best way to buy four copies of my new book. On that same day, I was waiting to hear back from a major publisher that was reviewing the manuscript. There were two perspectives I could take. First, there was the present reality, what we’ll call the “what is” – that someone wanted to buy multiple copies of my book. Secondly, there was a potential outcome, what we’ll call the “what if”- that a renown publisher may have interest in picking up the book.

Rather than being grateful for the woman that wanted to purchase four copies of the book, all I could think about was when I was going to get that email from the publisher. This is just a small example of living in a “what if” world, consumed by what might happen in the future, instead of being deeply grateful for the “what is,” the present situation that’s right in front of us.

It may seem cliché, but it does come down to the discipline of being grateful for “what is.” If it’s four books being sold, that’s something to be grateful for. If it’s a brief time to spend with family or friends, be grateful. A nice walk in the neighborhood, be thankful.

The grass is not always greener on the other side. In fact, as a friend of mine instructs the young employees of his company, the true answer lies in learning how to water the grass that’s right in front of us.

So what does this look like? How do we water the grass in front of us? Practically for my family, it has meant embracing the community we live among with deep gratitude. This is hard, because we have a vision to live in a walk-able community where we can work, play, and invest our lives to see its peace and prosperity. (Jeremiah 29:4-7) Our current suburban neighborhood doesn’t exactly fit this description.

But rather than dreaming of the day that we live in this kind of place, we’ve committed to living intentionally with our friends in the suburbs. We still believe that God will open the door to live in a walk-able community, and we aren’t letting go of that desire. But we’re going to start cultivating this kind of lifestyle as best as we can right now…even in the Burbs.

So let’s be people that overcome the “what’s next” addiction with deep gratitude for what’s right in front of us. Let’s start leaning into our God-given dreams now, with the relationships and resources that we have, instead of waiting for the ones we don’t yet have. Because why would God open new opportunities if we haven’t been good stewards of the ones he’s already entrusted us with?

Let’s be faithful with what we have, and trust God, and his timing, for everything else. #LiveFully