I’ve been convicted of something lately. I don’t like sharing my faults publicly, but one of the most brilliant freedom’s we have in Christ is that we can be open about our sin and know that God has already forgiven us.

I suffer from a disease I like to call “divine entitlement.” In other words, I think God owes me good stuff because I’m such a good guy. 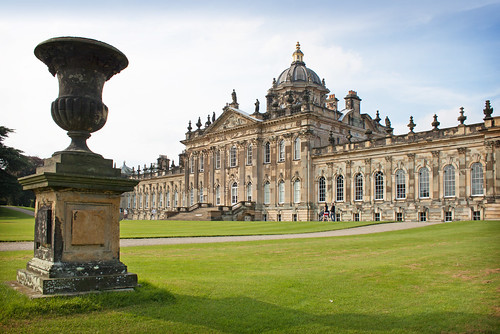 Divine entitlement: I’ve earned a house like this! Now where is it?

I can make it work logically in my mind: I do good deeds, and therefore God should give me nice gifts. Sure, I might forget that God and I have different standards of good deeds and nice gifts. But then I read something like Mark 10:35-52 and it blows my logic out of the water.

In the story (which you should read in it’s entirety), James and John tell Jesus, “we want you to do for us whatever we ask of you.” They aren’t hopeful and they aren’t humble, if anything they expect him to do their bidding. After all, they’ve followed Jesus for almost 3 years! He owes them.

So they ask, “Grant us to sit, one at your right hand and one at your left, in your glory.” Jesus responds in two ways: first by explaining they don’t even know what they’re asking. Then by giving them a sharp reminder that they should be servants instead of seeking after glory and power like the leaders of the day.

In the next few verses, we meet another man by the name of Bartimaeus. He has been blind for years, and when he learns that Jesus is near, he has a very different approach than James and John. Instead of demanding anything, he simply pleads, “Son of David, have mercy on me!”

“Mercy” is a key word here. There are several definitions of the word, but these stuck out: “kindness or help given to people who are in a very bad or desperate situation” and “compassion or forbearance shown especially to an offender or to one subject to one’s power.” The man knew he deserved nothing – not even his sight. He was desperate for God’s healing and so he begged for mercy, hoping that Jesus would have compassion on him and heal him.

Bartimaeus repeats his words until Jesus responds (interestingly, with the same exact question he asked James and John), “‘What do you want me to do for you?’And the blind man said to him, ‘Rabbi, let me recover my sight.’” Jesus responds with compassion, and makes him well.

Reading this passage over the last few weeks has convicted me that I act much more like James and John than Bartimaeus.

Sometimes the things I believe I am entitled to are comical. For instance, if I’m running late to church or Bible study I think God owes me green lights. Quite literally, I have told God out loud (while sitting at a red light), “come on God, I’m trying to go help people and you’re making me later!”

But my sense of entitlement fills almost every aspect of my life. If any of these feel familiar to you, then you’re not alone:

“I studied well and graduated college with two degrees, now where is my job God?”
“I did this project for work with integrity, now where is my promotion God?”
“My wife and I saved ourselves for marriage, doesn’t that mean we’ll have a perfect marriage without any real arguments?”

My sense of entitlement can lead to unhealthy expectations, anger, and bitterness when I don’t instantly get my way. It can also lead to pride and smugness when I actually do get my way. Neither are healthy.

Although I act more like James and John, the truth is, my position is much more like Bartimaeus. All of us are sinful creatures, and if we actually received what we deserved, it would be far too painful to bear. The reality is we need mercy – and we can rejoice because we have a God who is all merciful.

Fortunately I did eventually get a job after graduation (even though it took 4 months), I do have a great marriage (despite my sinful nature getting in the way), and I’ve even received a promotion at work before. None of them came as easy as I expected, and all of them were a gift from God.

He gives, not because we deserve it, but because of his steadfast love and grace.

3 Ways to #LiveFully in light of this

I can think of 3 major ways this should affect the way I live:

1) Approach God with a sense of humility instead of self-entitlement.

2) When God chooses to bless me, all I can do is respond with praise and thanks. No complaints of, “it’s about time” or “finally!” No smugness or pride in my own worth. Just gratitude and worship.

3) When God doesn’t bless me the way I want, I can trust in his goodness and his plan. I can remember that he has already given me exceedingly more than I deserve. He sent his son, who died on the cross to take my place, and now I can #LiveFully.

Your turn: Do you approach God with a sense of entitlement? Or do you seek his mercy?