The Dirty Truth About the Lies We Believe

From the outside looking in, my life was great during my Junior Year of High School. I made good grades, was well liked, my girlfriend was on homecoming court, I was a leader at church, and had a very close group of friends.

But then one day, during class, a rather heavy lump planted itself somewhere between my stomach and chest and refused to leave. I had a feeling of anxiety that I couldn’t shake, and I had no idea what was causing it. I walked with it for days, and the feeling came and went without warning.

I couldn’t take it, and quickly sought out counsel. I met my youth pastor, David, at Buffalo’s to get some wings and discuss what was going on. Through his wisdom and guidance, we quickly got to the root of the problem: I am a fanatical people pleaser.

I don’t just want you to be happy, I want everyone within an 8 mile radius to be happy. I realized I was acting certain ways around certain people in order to make them “happy.” I wanted them to approve of me, and to be honest, I did a pretty good job of it.

But my constant work to be liked and to make everyone happy had taken its toll. I couldn’t handle the pressure anymore, and my nerves were getting the best of me. “What if someone gets angry with me? What if I let someone down or hurt their feelings?”

I had allowed a lie to lead me for too long. Instead of trusting in Christ’s work to please God on my behalf, I thought I had to please everyone and earn it. In order to be free, my first step was to reject the lie and believe the Truth: Because of Jesus I never have to prove myself.

But here is the dirty truth we like to hide:

We often cling to the lies we believe. Why? Because they produce results.

My drive to please people worked. I made a lot of people happy, made good grades, had a lot of friends, and generally got to do what I wanted to do. 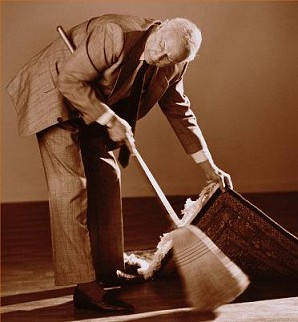 There are dozens, even hundreds of lies that all of us believe, and many of them function in the same way. For instance, a man  consumed by his work because he seeks to find value in a promotion and a salary. In all likelihood, he will get that promotion.

I’ve known both young men and women who are desperate for the love of a boyfriend or girlfriend. They throw themselves at the opposite sex, often giving away more of their heart and body than wise. In doing so, they get plenty of attention and have people tell them they’re “loved.”

This is not an endorsement of lies.

Although lies initially produce results, they eventually destroy us. My anxiety eventually got the best of me, workaholics have lost their family or even their sanity, and those who throw their hearts at everyone only find it broken over and over again. 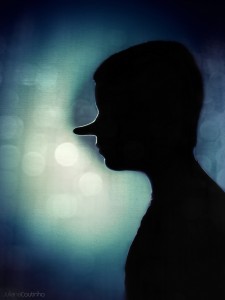 Pinocchio knew a thing or two about lies

The cost is great, but those results are so difficult to ignore! When we recognize a lie we believe in our life, common wisdom tells us to reject it: Forget the lie and believe the truth. And while we verbally express our desire to reject the lie, I believe many of us still cling to them in our hearts.

We want the freedom, but we still want those results! Fortunately, God offers is a better way…

That voice in our head that first feeds you the lie and fights to keep you clinging to the lie when you recognize it as deception wants you to believe something about the truth: If you become too confidant in the grace and cross of Christ, you’ll stop producing results. No one will like you if you stop worrying about it, and you’ll never get a promotion in your career if you rest in the work of Jesus.

But that voice still lies. Those who hold onto the truth are able to produce results that actually matter and offer the full life.

In fact, those who hold to the truth can produce far greater results! “You will know the truth, and the truth will set you free (John 8:32)” The truth gives us freedom to do so much more than a lie. We are not restricted by fear or insecurities or anxiety, but rather Christ’s work strengthens us.

When we believe the truth, glorifying God becomes our motivation. We want to do a great job at work because it demonstrates our passion to honor the work He did for us. We want to have good friends and love well because Christ called us to love well. We can find true love because we already have it in Jesus and  won’t settle for anything less.

Ultimately, I didn’t want to please people, a workaholic doesn’t want the promotion, and the romantic heart doesn’t want love. What we really want is the satisfaction that only God can give. When we reject the lie and believe the truth, we get the true prize.

It can be scary for us to reject our lies. Some of us have lived with them for decades, but we must let go! Freedom can only be found in the truth, and we need never fear when we are in the arms of one who demonstrated his love for us by dying on the cross.

I can speak from personal experience: Living in the truth is far better than clinging to a lie. At times I still struggle and start to cling to it, but I constantly remind myself of the truth.

It is not always easy, but it is worth it.

Are you clinging to any lies? What will you do about it?