The #LiveFully Academy Awards (Our Favorite Films of 2012)

The Golden Globes happened a couple weeks ago and Oscars are just a few weeks away, but today marks the most important film award show of the year. That’s right, we’re rolling out the Red Carpet for the #LiveFully Academy Awards! 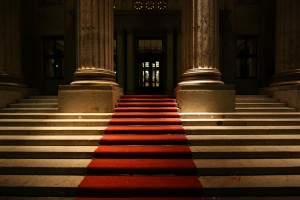 The Hollywood community is abuzz about the possibility of winning a hashtag trophy:

“I’ve won 3 Oscars, but never a #LiveFully award. This is so much more exciting!” – Meryl Streep*

In order to be considered for a #LiveFully Film Award, the movie must meet the following criteria:

1) Actually be a good movie

2) Have a positive message that can help people #LiveFully

3) Been watched by me (limiting our selection severely)

The Best Film overall will be determined by our readers. After checking out the nominees, cast your vote! We’ll announce the winner on facebook and do our best to contact the winner through snail mail.

PS: Some film titles have hyperlinks. These go to the #LiveFully review of the film.

1) The Avengers: The Highest grossing film of the year, the Avengers was one of the most fun action films I’ve seen in years. A key message for us is that teamwork always triumphs individualism. The Avengers were each unique and had their own special gifts, but only when they worked together as one were they able to defeat those crazy looking aliens (see 1 Corinthians 12:12-30 for more on working as one). Also, Iron Man’s self-sacrificing act in the end reminds us of Christ’s work on the cross.

2) The Hunger Games: This film has a dark outlook on the future, in which children are forced to fight to the death in a Gladiator style arena. Doesn’t sound very redeeming does it? And yet the series is full of Biblical themes: The corrupt nature of sin and humanity, selfless heroes willing to sacrifice themselves to save the ones they love, and the importance of feeding the hungry and helping those in need.

3) The Dark Knight Rises: The second superhero film in our nominee list, The Dark Knight Rises concluded the Christopher Nolan Batman Trilogy. Once again, we see the importance of a hero who gives everything to save the people he cares about. This entire trilogy also demonstrates how one person can inspire millions, and so change the world. It is a reminder to each of us that we, through Christ’s power, can inspire hope and make this Earth greater.

4) Looper: The lowest grossing film amongst our nominees, but one that certainly stunned me with its finale and message. First off, this film is rated R and definitely deserves it. We don’t tend to highlight R-rated films here, but the protagonist’s journey from self-absorbed jerk to selfless savior nearly brought me to tears (which never happens in movies). I have not walked out of a theatre so stunned (in a positive way) in years. If you’re uncomfortable with the rating, I’m guessing it will show up on TBS in the next couple years.

5) The Hobbit: An Unexpected Journey: Bilbo Baggins steps out his front door and into a world of adventure. There we learn that humble deeds of goodness, rather than gathering personal power, lead to victory over evil. We also see the value of home, and are reminded of our innate desire for a true home in the Kingdom of God.

6) MIB 3: Men in Black 3 surprised me. I loved the first one, but thought the second one was horrible. The third, however, turned out to be a very good film. One of the main themes focused on how many seemingly random events must occur to lead to the world we live in. They called the outcomes “miracles.” I think this is an excellent testament to God’s work, using both good and evil things that occur in our lives, to ultimately bring His people to Himself. Our lives, both biological and ultimately spiritual, are indeed miracles.

7) Les Miserables: Talk about a tale of redemption! Granted, I was not ready for every single line to be sung. I’ve seen quite a few musicals, but they usually talk in between songs. Still, Anne Hathaway’s “Dream” performance was the best acting piece I’ve seen in a long time. Hugh Jackman and Russell Crowe’s characters could easily have represented the tax collector and the pharisee in Luke 18:9-14. Finally, the promise of an afterlife binds the entire story together and gives it a happy ending.

And now, it is time to celebrate your democratic rights and vote for your favorite film of 2013. You can choose any film from above, or select other and then leave a comment with your vote. Also, feel free to leave a comment ranting about how horrible my choices are. We also encourage you to share this with your friends and get them to vote as well.

*Not an actual quote

**Probably not an actual quote