How to Answer this Important Question: Who Am I?

This weekend we watched Oz, the Great and Powerful in theaters. It was a good movie (not great – I’d give it a 7/10), and the main theme is one of the most common themes in story telling. In Oz, we watch the protagonist struggle to answer the question: “Who Am I?“.

He wants to be a great man that changes the world, but believes and lives like he is nothing more than a selfish con-man. Glinda calls on the Wizard to rescue the people of Oz, but only once he realizes his true identity can he actually save them. 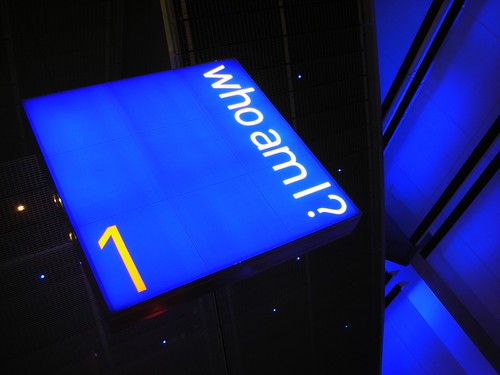 This theme is so popular, in fact, that in last year’s film, The Amazing Spiderman, the film ends with a teacher making a bold statement about story lines: “There is only one story and it is: who am I?”

Even Male Models struggle with this question. Check out the wisdom of Derek Zoolander:

I doubt this is the only story, but I imagine it is the most common. It occurs frequently throughout the Bible.

Moses always wanted to save the people of Israel. In Exodus 2:11-15, he makes his first attempt to rescue his people. He kills an Egyptian and saves an Israelite. But instead of being thanked, he is rejected by his own people and flees the country.

Decades later, when God calls him to return and rescue Israel, Moses responds in Exodus 3:11 by saying, “Who am I that I should go to Pharaoh and bring the children of Israel out of Egypt?” He had failed in the past, rejected by the very people he was trying to save. He believed and lived like he would never be a rescuer.

In Judges 6, the Angel of the Lord appears before Gideon and says, ““The LORD is with you, O mighty man of valor.” He then proceeds to call Gideon to save the Israelites from the Midianites.

Gideon responds (politely) by saying, “Please, Lord, how can I save Israel? Behold, my clan is the weakest in Manasseh, and I am the least in my father’s house.” Gideon figured the Lord had him confused with someone else, surely such a weak person could not be the Lord’s “mighty man of valor.”

Paul wanted to be one of the world’s greatest religious teachers. He worked for it effortlessly. Look at his credentials in Philippians 3:

“Though I myself have reason for confidence in the flesh also. If anyone else thinks he has reason for confidence in the flesh, I have more: circumcised on the eighth day, of the people of Israel, of the tribe of Benjamin, a Hebrew of Hebrews; as to the law, a Pharisee; as to zeal, a persecutor of the church; as to righteousness under the law, blameless.”

And yet, he later realized that all the great things he had built for himself were “rubbish.” Despite his hard work, he was not even a great religious teacher, after all he was persecuting the church!

How They Discovered and Lived Their Identity

Their own efforts could not take them to where they wanted to go. Only after having an encounter with God could they become what they always wanted. Knowing God changed everything.

Because until we know God, it is impossible to truly know ourselves. He created us. He knows us. Check out Psalms 139:15-16:

My frame was not hidden from you,
when I was being made in secret,
intricately woven in the depths of the earth.
Your eyes saw my unformed substance;
in your book were written, every one of them,
the days that were formed for me,
when as yet there was none of them.

God knows who you are. He has created and called you to do something great. Nothing about you was an accident!

How We Can Discover Our Identity

Odds are you already know what your dream is, but many of us believe we’ll never achieve it. If you spend time with God, then your perspective will start to change.

When we live at the feet of Jesus, He tells us who we truly are and gives us the power to live it. Seek Him out, spend time hearing from His Word and going before Him in prayer. Ask Him to reveal to you who you truly are. “In all your ways acknowledge him, and he will make straight your paths.” (Proverbs 3:6). If you need something practical to get you started, give Tim Keller’s article on discerning your calling a read.

You might be trying to do something you were never meant to do. For instance, I would live a rather disappointing life if I believed I was made to sing music for the world. You might be going after the right dream, but like Moses your attempts have been through the wrong method. You might have found success, like Paul, but never found contentment because God was not involved. No matter what the situation, seeking the Lord is essential to understanding and living your calling.

The World and the Enemy will constantly tell you that you’re not good enough. People will make fun of you, curse you, and ignore you. You will doubt yourself at times. But ultimately, the only one who can truly define us is God. He tells us we are “fearfully and wonderfully made.” Let’s stop listening to what others say and start listening to what God says.

Because when you know who you truly are, you can start truly living.